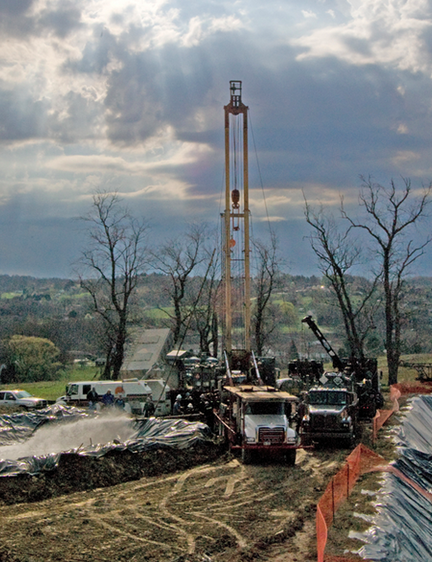 Unconventional plays are renewing interest in Pennsylvania oil fields left behind when the boom started in the Marcellus Shale structure five years ago.

New wells are being sunk to shallower depths, drilled horizontally and fracked. The wells are reaching hydrocarbons in thin layers of sandstone, all but forgotten until new technologies and economics emerged.

Costs could drop to around $800,000 to $900,000 per well, one expert said, compared with five to ten times that for conventional wells in the Marcellus formation, with a pay-back of just 18 months instead of four or more years.

Texas-based Range Resources is now drilling shallow wells that will rely on fracking in the Marcellus.

Penneco Oil Company Inc. in Delmont, Pennsylvania has been fracking shallow horizontal wells in the formation for several years, the report said.